Social media has been around for a long time now, but something that feels like it’s more recently become popular are the little subgroups on Facebook where you can interact with complete strangers about some sort of common interest. For example, when I got engaged, I joined some of the wedding planning groups to get advice from other people who were in the same boat as me. I am also in several fan groups for pop culture topics — such as entertainment podcasts or groups that talk primarily about The Bachelor.

Something I’ve noticed most of these groups all of a sudden have in common, though, is that mean girls are running rampant in these little corners of the Internet. At first, it was really cool to have a place to talk to people from all around the country — or even the world — about something we all had in common. It was fun finding common ground discussing movies and new television shows and how excited we were about Taylor’s next concert. It was entertaining debating whether or not we were excited about having Colton as the next bachelor and listening to each other’s well-thought-out points. This part of the world just felt light and carefree, and was a nice little escape from the more difficult and depressing headlines in the news.

These groups were a safe space to ask for advice on boyfriends, bridal parties, friendship, school, work, and everything in between — until they weren’t. I have read horror stories of people screenshotting pictures of brides’ dresses and sending them to the fiancé that could easily be found by searching her Facebook. The girl who was asking for our opinion on which dress to wear on her wedding day suddenly had her fun surprise ruined, and trust completely violated for absolutely no reason other than someone intentionally being cruel. One girl asked for advice about some issues she had been having with her husband, and a girl from the group screenshotted it and sent it to him. Another girl was going through a breakup and asked for some support, only to find out that a day later one of the girls in the group slid into her ex’s DMs because she thought he was cute. The ex was turned off by the behavior and notified his the original poster, but it’s still so messed up when women do not support other women.

Mean girls apparently exist in our twenties and thirties too, and some people just refuse to grow up. I don’t understand the joy some humans get in hurting other people. It’s twisted, sick, and really really immature. Your brain keeps growing up until you turn 25, and maybe some of that is the empathy part, but these people I see being inexcusably cruel are often fully-developed adults. When you’re a kid and people are mean to you, you figure at least one day you’ll be grown up and all of that will be behind you. Then you go to college and might have a bad roommate or something, but overall have a wonderful experience with the people there. There always seem to be a few people who are just downright mean for sport, though, and the Internet is a place they absolutely thrive. Anonymity is a perfect Cloak of Invisibility for the mean girl, and she wears it everywhere she goes. Whether trolls use fake profiles or merely hide behind their keyboards, they don’t care or even consider the feelings of others.

I have seen girls get attacked for having different opinions or life experiences than others. People fight to the death defending or attacking celebrities that they don’t even know, and then blame others for being unkind or insensitive. People who claim to be trying to make the world a better place by “educating others” are just being flat-out mean, and those who preach tolerance can ironically be some of the least tolerant people because they won’t accept people who think differently than they do. The biggest way to change someone’s mind is to respectfully disagree but still show the person love, even if you don’t agree with their opinion. By having calm discussions and connecting to someone’s heart, it is so much easier to help them realize how they might be wrong. It’s also a great way for you to learn and grow too. 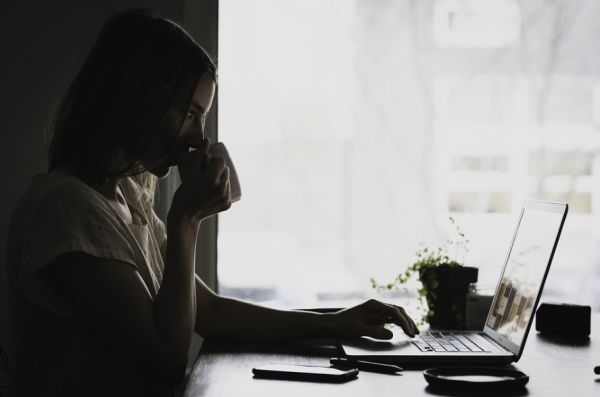 We know how hard life is already without any unnecessary drama, and yet there are still people who think it’s their job to ruin other people’s days. These groups are filled with moms, nurses, teachers, and everything in between. It’s mind-blowing to me to see people who are this inappropriately mean, and it definitely makes trusting strangers far more difficult. After feeling safe and happily trusting people I didn’t know on the Internet, I no longer have that luxury, thanks to the little groups of mean girls that have ruined it for the rest of us who just wanted to have friends from all around the world. I think the majority of people in these Facebook groups are kind and good people, but the ones who are brutally cruel make it too much of a risk to even post anything in them anymore.

One of the most interesting parts about the Internet bullies on Facebook is that you can see what their personal pages look like. One girl who was using name-calling as a tactic had a profile picture that was captioned with one of Martin Luther King Junior’s most famous quotes about love. Another had a profile picture with her two toddlers. People post inspirational quotes about loving your neighbor, but then go and bully others like it isn’t being hypocritical. It makes absolutely no sense, and I am so tired of people resorting to cruelty instead of just loving one another despite our differences. I also think we are at a time where people do not know how to handle being bored. Instead of doing something productive or creative, people decide to entertain themselves at the expense of others. We not only need to learn how to sit with our thoughts, but it is also more important now than ever to practice self control and think twice about how our words and actions make others feel. Posting an opinion online is easier than ever, which means we can have an enormous impact on others through what we choose to write. I hope that everything takes another turn for the better, but I have a feeling that this is just the beginning of the trolling in what are supposed to be safe spaces on the Internet. All we can do right now is hope for moderators to keep things kind, and be picky about who they accept into these little groups.

Do you think the good that comes from social media outweighs the bad? Have you noticed that things have gotten progressively worse, or is this just something I hadn’t experienced very much until more recently?