I went on one of the most hilarious dates in awhile last week.

Any of you who really know me know that I don’t do hookups. I’m pretty open about that, and have that information on all of my online profiles, just to be super clear before anyone even sends me a message so they know that they’re not going to have a fling with me.

Tinder has a hookup reputation, but I honestly think there are just so many people on there that not everyone is looking for a strictly physical relationship. Most of the guys I have met up have actually seemed to be quite the opposite; many of them are super fast to try to DTR as something serious (I’m also not having that, haha).

Anyway, this was the first fellow who was really not on the same page as me. He must have not read my bio whatsoever because he basically told me I was sexy (lies! I know what I am and it’s closer to “cute”) and that we should go back to his place.

I had to explain that I’m not into that, and after he pushed it a lot more I told him that I would just end up frustrating the heck out of him, and that I wasn’t going to change my values for anyone; I told him we were just definitely not a good match.

He immediately shut down and asked the waitress for the check as soon as he could get her attention. He told me that he didn’t want to seem like a jerk, but that we didn’t really have a reason to stay.

It was really funny how quickly the conversation fizzled out after we had been having such a normal time before. He said it was a shame that we didn’t have a chance at working out, as he had enjoyed our date, and that I would regret not taking him up on his offer.

Today’s lesson: Always be honest with what you’re looking for with online dating. Although it can be an awkward conversation to have, you get better at it (Trust me, I don’t feel uncomfortable talking about this stuff at all anymore — it just took some practice!) and you save both parties from a frustrating situation. You can go your separate ways and find what you are looking for. 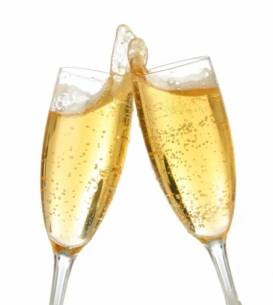 I just had something very confusing happen to me.

Since I’ve been single a lot of people have been trying to set me up with their friends (And sons, and nephews, and brothers, etc. — I guess I am not the only one who likes matchmaking).

Anyway, I was a bit surprised when a particular friend said she had the perfect person to set me up with, but I’m always game for meeting a perfect guy. Or really, a perfect human for that matter, as I would have a million questions about life for them. I’m sure a perfect person would give incredible advice.

She set everything up, and we met at a local coffee shop.

Soon after meeting we both realized we didn’t have a lot in common. Why? Because he was twenty! This was a borderline illegal setup.

I’m only 24, and many of the guys I have been talking to have been 28. It’s still just four years, but anyone out of college knows what a difference the age gap this gentleman and I shared looks like versus the age gap of two people in the postgraduate world. He is smack in the middle of his undergraduate experience and cannot yet experience alcohol legally, and I am quickly getting over going to dive bars. He is excited to turn 21 next month, and I think getting carded is just a nuisance (I know I look like I’m 18, but I promise I am legal!).

Luckily he and I both realized the hilarity of the setup, and we ended up talking about my experience at George Mason and how he could manage to have a great study abroad experience like I did. We are friends now, and although I will not be helping him get his hands on alcohol, we might pull a few pranks on his roommates together.

Today’s lesson: Most people are terrible at setting others up; it’s not just me.