That’s a headline I’m sure grabbed your attention. I try my best to keep this blog very PG/PG-13. If you know me in person you know this isn’t at all difficult for me. I don’t usually curse (Unless I get frightened, stub my toe, or something bad happens in a competitive game of Mario Kart), and I throw around the word “inappropriate” for a decent amount of the shows you see on TV.

Sex isn’t something that I talk about very often, and although I am happy to speak to friends about it freely, it isn’t something I would typically like to touch on in my little corner of the internet. After logging onto SnapChat for the first time in months, though, I feel like I want to speak out to some of my younger readers. Heck, maybe some of my twentysomething readers will even be able to relate. I was certainly a late bloomer — I didn’t have my first real boyfriend until I was 19 — so if there are any other Krista’s out there, you are not alone.

I’ve been wary to write about sex for a few reasons. First, because just about everyone I know reads this blog — including relatives and people I haven’t spoken with in years. There are people who I would cringe if I knew they read this. The second reason is incredibly selfish, though. I’m afraid of being judged. I don’t want to lose my readers who disagree with me, and I also don’t want people to think that I believe it’s my way or the highway. I have friends and family from all walks of life, and I couldn’t be prouder and happier for each and every one of them, no matter how they’re choosing to go about dating. My Single in The Suburbs family has been one that I’ve grown to love and care about deeply, and I never want to hurt anyone by the words I choose to piece together for a post.

What I don’t want to do, though, is keep quiet about a subject that makes so many people feel so alone. I’ve had interesting life experiences that have left me feeling by myself on both sides of the spectrum. I think I understand each twentysomething’s heart, and I’ve felt broken enough that I want to be able to share my experiences to better other people’s lives.

Anyway, back to SnapChat… Most of you probably already know that there are a bunch of pre-followed accounts on your Snap homepage. Some of those include Cosmopolitan, Buzzfeed, Self, and Esquire, to name a few. More than half of the stories that are preloaded on my feed are about sex. Whether it’s something like, “The Drunken Hookups You’re Happy to Forget,” “Bringing Him Home, And Blowing His Mind,” or “how to” instructions, the articles all scream the same thing. Sex is meant to be casual, it’s everywhere you look, and there aren’t any consequences for your one night stand. The pictures to get you to go to the story take everything a step further. This once-PG-app now has women in Victoria’s Secret lingerie sitting on men’s laps or lying in bed with a sultry look on their face — and they’re just dying for you to click on them.

The media does a beautiful job of making sex look glamorous, carefree, and casual without taking note of the consequences that it can bring. It wants you to think that sex is purely physical, and there aren’t emotional strings that get tied up when you get that intimate with someone.

Friends and Seinfeld are two popular TV shows* a lot of us grew up watching, and though they are pretty mild, they are incredibly casual about the romantic encounters that take place. Jerry has dozens of girlfriends throughout the series, many of which have encounters with him that are later recounted to friends. There is an episode called, “The Virgin,” where the friends all discuss what it must be like for Jerry to be dating someone pretty who he’s not sleeping with. Someone on Reddit decided to count how many people the main characters of the beloved Friends slept with, and the number reaches almost 140.

Then we have shows like Sex And The City, How I Met Your Mother, and even Gossip Girl for young teens. Everything we watch has a common theme: most of the characters are having a lot of casual sex.

“Okay Krista, I get it, we watch sex on television. So what? Why are you so bothered? They’re all consenting adults and it isn’t even real.” This is what I’m imagining many of my friends are screaming back at me. I understand that sex is a very real, everyday part of the world, and I do like television shows I feel like I can connect with. My question for Hollywood, though, is where are the real consequences of casual sex in the shows we consume? Rarely do you see a character on the big screen going to get tested for STDs or worrying about being pregnant, and having the result be a little plus sign that changes their life forever. What about the emotional attachment sex creates with someone? When you really think about it, sex is an incredibly special and interpersonal experience that could actually end up creating a human life. It’s something that I believe connects most people with their partner in a much deeper way anything else in this world. 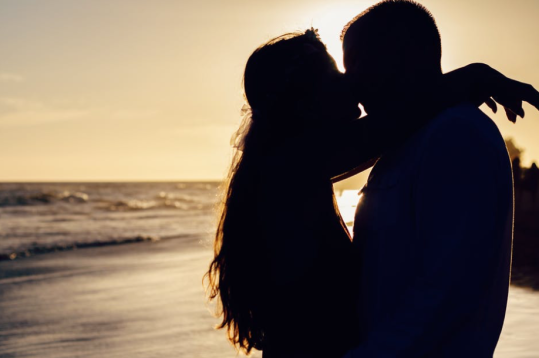 I recently heard about a reality television contestant I have always thought seemed cool getting a girl pregnant on a one night stand. He will remain nameless, but he was interviewed about his experience and told us that he was going to try to make things work with the mother so that his child could be raised in a home with a mother and father. Wouldn’t it be so much easier choosing a partner, then creating a baby, rather than the other way around? The thought of marriage and commitment scares a lot of twentysomethings — and rightfully so with the divorce rate pushing 50% in the United States — but raising a child is such a crazy feat that I can’t imagine doing it with a near stranger. Maybe it’s because of all my goofy first date experiences, but seeing just how few people make it to a second, then a third date makes potentially raising a child with one of them an incredibly terrifying thought.

Now, if I haven’t lost you yet, I’d like to leave you with this. What exactly is benefiting us by having such a heavily sex-saturated media? You’ve heard the phrase “Sex Sells” before. The media isn’t our friend, rather they are trying to make a living off of consumption. Sex is such an easy thing to sell, why not integrate it into their business model?

When I worked at Seventeen you would be shocked with some of the questions young girls sent in. The questions wondering about health and safety weren’t always answered, but the interesting ones sure were! Of course, this magazine is one of the “better” ones, since their goal audience is young women and their pledge is to help encourage and strengthen them. Magazines like Cosmopolitan take things a step further to boost sales and increase entertainment value. They don’t care about you as an individual. The media is out for themselves, and they prioritize sales above your health and wellbeing. Instead of putting your faith in the things you read online, find friends and family you trust to have open conversations about your love life.

So, I encourage you if you are young and feel alone in the world to know that not everyone out there is built for casual hookups, and you aren’t the only one who feels too emotionally connected to other human beings to have that as a healthy part of your life. I actually don’t think we’re the minority; I think we are just enormously underrepresented. This is why I decided to finally speak out on the matter, and I will continue to share my viewpoints so that others who feel like the minority will realize that sometimes people are just quiet about their choices if they aren’t what seem popular — you are absolutely not alone.

*Friends and Seinfeld are two of my favorite shows on television, but I do cringe at the thought of youngsters watching them and shaping their brains to think that dozens of casual hookups are the norm.