“I had that planned out 5 moves ago.”

This is something Robert said to me after beating me for literally the hundredth time in chess yesterday. For whatever reason he is insanely great at chess (Question for Robert’s friends and family: did he play on a chess team or something in high school? I really think he has competed in this game before but is afraid to admit that he is actually the nerdier one in our relationship), but this isn’t such a bad thing, as I know his job is all about strategies. 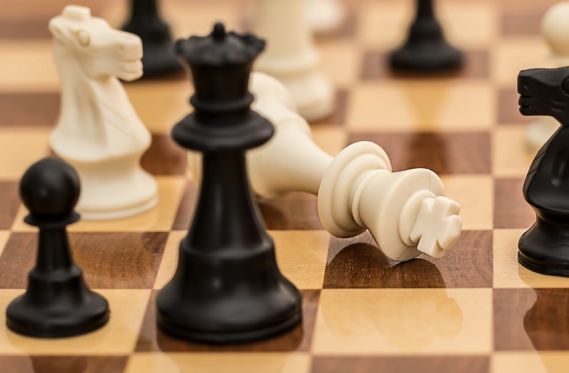 I’ve noticed lately that it’s not just chess he’s ahead of me in. It’s life in general — particularly my life. One thing I absolutely love about our relationship is that Robert is really in tune with what I need. He’s always said he loves taking care of me and making me happy, and his actions match up very clearly with that statement.

A few days ago Robert told me he was sending me a package and that it should be at my house any day now. If you follow me on Instagram you might have seen my post about how much I love fuzzy winter socks. The very next day I found a package on my bed — that included a pair of warm, fuzzy New England Patriots socks! He had ordered it just days before I posted about my sock obsession, which is just the epitome of how he notices everything about me before I ever even bother to mention it.

That is a very small example of something that I feel like happens every day as we get to know each other more and more. It’s really nice dating someone who gets me. My best friend and I are really good at reading each other’s minds, but I’ve never really dated someone who has been able to do that. I didn’t realize guys and girls could connect that way so seamlessly before. Robert is someone who pays attention to how others are feeling and notices whenever my mood shifts, even if it’s a really subtle change. This is hilarious whenever I start getting a little grumpy because he is really good at making me giggle and come back down to earth when something is bothering me.

I don’t really believe in soul mates, but if I did I’d think he was mine. There are a lot of ways we are really different, but I think many of those things just have to do with where we grew up (He’s a crazy from Boston, and I am a basic wannabe city girl who really just lives in the suburbs of Washington DC). Even when we don’t necessarily see eye to eye on things, we almost always “get” one another and are willing to learn from each other. I think that’s really important in a relationship. After all, no one is perfect — we always have room for growth — and it’s great being able to learn from people with perspectives different than our own.

Today’s lesson: The excuse “He’s just a guy — he doesn’t get it” should only apply to things like periods and giving birth (But seriously — you’ll never quiteee get how awful we feel once a month). They shouldn’t be excuses for things like showing a lack of feelings or affection. Yes, men and women are absolutely different, but I now know I can be with someone who genuinely cares for me as much as I do for him and isn’t afraid to show me.

4 thoughts on “Five Steps Ahead”